Electric Bikes: The Way To Good Health And A Fitter Body 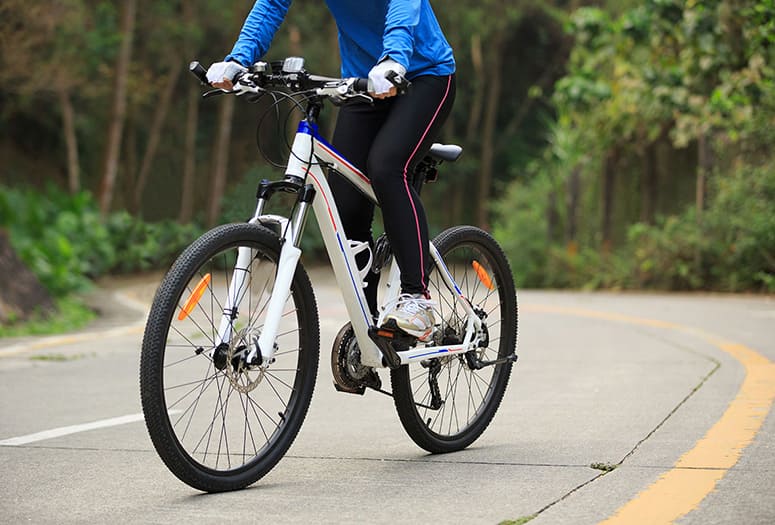 Electric Bikes: The Way To Good Health And A Fitter Body

Who doesn’t want a healthy body? After all, a fit body equals a sane mind. Now, it’s not like we are unaware of the fact the regular exercise comes with a plethora of benefits, it’s just that most of us don’t prioritize it enough. And, one of the main reasons why we neglect exercising is ‘time’. After spending a hectic day at work or school, mustering up enough energy to hit the gym or go on a run sounds like a mammoth task. But, there is a way out my friend, and we are talking about electric bikes.

Today, electric bikes in Pune are gaining a lot of momentum because of the profuse amounts of benefits attached to them.  It operates just like a regular bicycle but with electric components attached to them to augment the power you put. This is immensely useful when you have to cycle through obstacles like hills or travel a long distance.

You are now probably wondering; why not opt for a regular bicycle instead of an electric version. And the reason behind this is the power it exerts. This means, you won’t tire easily and will also give your body the exercise it deserves. You can even take your e-bike to work or school and use it as a means of transport without any difficulty and finish the quota of exercise that you are supposed to do. Keep reading to know more about a few health benefits you can enjoy with the help of an electric bike.

When you start biking, your leg muscles are put to work. And to keep it going, they need oxygen ,and fresh blood to transport it to them. So, your heart works harder to get the task done, which is great because it makes your heart strong and fitter.

In fact, according to a research from University of Glasgow, regular biking can reduce the risk of cardiovascular diseases and even cancer. This is one of the major reasons why electric bikes in Pune are gaining popularity because more and more people are jumping on the fitness bandwagon, which is indubitably important.

Yes, physical health is extremely important but mental health is also as vital and most of us don’t realize it early on. And what better than exercise to enhance your mental well-being? But instead of exercising in the gym or your home, all cooped up, taking a ride on your bike, with wind in your hair, feels good.

Basically, what happens is when you exercise, endorphins get released and you start feeling euphoric. And it also releases dopamine, which is commonly known as the happy hormone and it is one of the reasons why working out even a little makes you feel better mentally, reduces your stress and rejuvenates  you.

Did you know? According to a study conducted by Healthy Air Campaign, it was seen that cyclists experience almost five times less pollution than compared to vehicles run by traditional fuel. When you opt for a cycle, you get past all the pollution and don’t inhale a large portion of it. So, owing to this, several people are embracing the healthy lifestyle and opting for electric bikes in India, such as the Joy-e-bike, who are the manufacturers of both e-bikes and electric two-wheelers.

Also, when you cycle, your lungs inflate and deflate at a faster pace, meaning,  you start taking in more oxygen. Although your ribcage limits the expansion of your lungs, it can increase by 15 percent and that’s thoroughly beneficial for you.

So hop on and ride towards good health. Happy biking!