To EVolve is to create something extra! 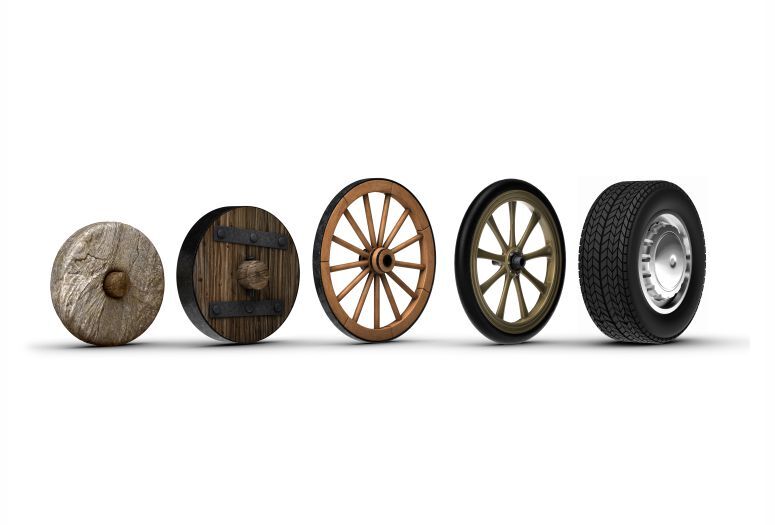 To EVolve is to create something extra!

Or to dig deep, literally all the living things on the planet share common ancestors?

All these stories and hearings have a common base of ‘The Theory of EVolution. As they say, the next generation is smarter than before, it is about being more developed than what has been there in the past.

To EVolve is to do something extra and to grow, progress, enlarge, expand and EVolve. To EVolve is to make someone or something change and develop gradually. So the advancement of the animals, birds, humans and their creations is what is called EVolution.

The ‘Theory of Evolution’ was proposed by Charles Darwin and Alfred Russel Wallace. This theory of EVolution states that EVolution happens by natural selection, i.e. selecting the best of the clan. Individuals in a species show variation in physical characteristics. Individuals that are poorly adapted to their environment are less likely to survive. It simply means the one who adapts best to the existing environment, thrives.

This theory is an idea of ​​how something works in nature, the idea is rigorously tested through observation and experimentation to prove it is right or wrong. EVolution was considered a scientific theory when Charles Darwin published his famous book On the Origin of Species.

While Darwin highlighted competition between individuals of the same species for survival and reproduction, Wallace emphasized species and environmental pressures on species, dispersing populations in different places by adapting to local conditions.

EVolution is to grow over the time

The theory of EVolution is a huge process and thus occurs in a due course of time. Be it natural or artificial, the EVolution is to adapt to the change and grow as per the present trends, requirements, demands.

With the curiosity and a desire or sometimes the need to relocate and to explore, the humans started to run errands in search of food and shelter. This urge to explore, eventually led to roaming around and getting around. The entail of carrying baggage gave rise to a rotating object making the journey easier, known as wheel!

The creation of the wheel is one of man’s greatest inventions which fuelled the drastic growth of humans, civilization and development.

In the 4th century BC, the Sumerian people of Lower Mesopotamia (modern-day Iraq) constructed the wheel by inserting revolving axles into solid discs of wood. Only in 2000 BC did the discs start to be hollowed out to build a lighter wheel. This idea resulted in significant advancements in two areas: transportation and agriculture. In transportation, the carts and battle chariots began to use the wheel, thus creating the ancient vehicles. and in the agricultural sector, the wheel helped to mechanise agriculture (animal traction, agricultural irrigation) and the craft industries (for example, the centrifugal force of the wheel is the basic mechanism in windmills).

The growth of automobile sector

Furthermore the invention of the wheel brought a drastic development in the field of commute, transport and transit. The development of agriculture and other fields of the early ages gave a boost to the idea of travelling from one place to another. As the time passed,  the frequency and the need of transportation gave rise to advancement of the usage of wheels.

Earlier, the humans and animals were used to pull the carts with attached wheels, thus making the journeys easier. With the progress of research throughout the field of science, the inventions like steam-powered motors came to be. As the studies further branched out, a concept of Internal combustion engine EVolved, creating the easiest way of commuting for that era.

The 19th century period gave birth to many alternatives in the field of automobiles. The humans of the specific epoch adapted to new methods of living and created the solutions to their needs. Although ICE largely spread across the world due to its feasibility and affordability, there were other resources like locomotives, invention of motor and thus creation of the first ever ‘Electric Vehicle’, which didn’t EVolve much proving the survival of the fittest!

Although electric vehicles had less practicality in the 19th century, it is one of the most rational choices now, to suffice the need of saving the world from pollution by vehicles. What once was considered to be impractical, has become the saviour of the world today!

Electric Vehicles are not built on recent technologies, but have grabbed unimaginable success in the recent years. EVs have existed on the earth since a lot of years, but they have gained recognition and popularity today, only because they have now truly EVolved meeting the current trends, demands and style.

It’s all the same, yet everything is different!

Referring again to earlier ‘Theory of Evolution’, the origin of all is the same, but the minor changes over the years lead to major differences, or should we say wonders? Today we see a huge difference in man’s creations today and that of the stone age, but the purpose of creation and invention is the same. The first human on earth was invented to satisfy his needs and today again we are pioneering in all the fields of life, just to satisfy our new age needs!