Electric Vehicles or Fuel Vehicles: Which one to choose and why? 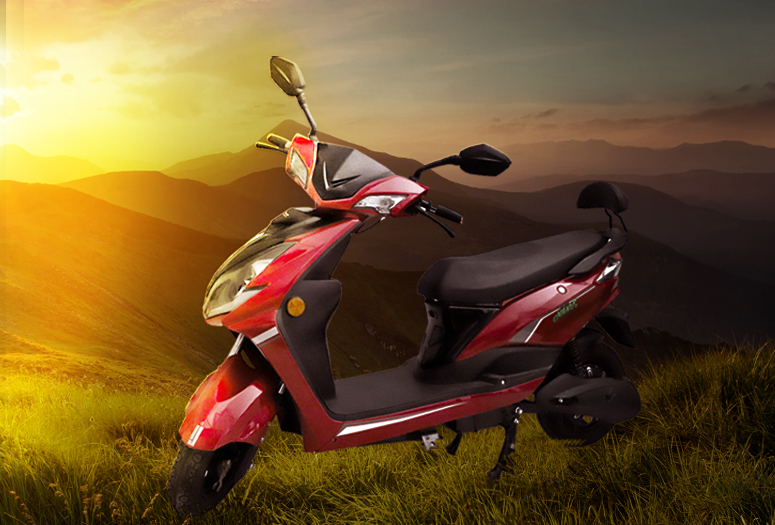 Electric Vehicles or Fuel Vehicles: Which one to choose and why?

Synopsis: Due to rising environmental awareness and technological development in EV industry EVs are becoming a thing today. Wondering if you should go for electric vehicles or fuel vehicles, check out the advantages and disadvantages of EVs enlisted below.

Technology has its own way of emerging and is intertwined with the automobile industry. Every day, new technology is developed, and as a result, innovation occurs. Automobile designers are more likely to create environmentally friendly vehicles today, to reduce the use of fossil fuels. They are most likely looking for a renewable source of power for the vehicle. Electric vehicles are a better option for this because they are non-polluting and have a consistent linear performance. The main factor is the electric vehicle’s performance. On the other hand, fuel vehicles have their own set of features and benefits, but also come with a huge amount of drawbacks.

As pollution has become a major concern, electric vehicles are a welcome relief. According to the research, electric vehicles are much better for the environment, considering an array of benefits. On the other hand, the fuel vehicle emits harmful gases such as carbon as a result of petrol or diesel. However, electric vehicles emit fewer greenhouse gases and cause less air pollution than gasoline vehicles. For a comparison between EV and fuel vehicles, there is seen a growing interest in purchasing electric vehicles. According to European Energy Agency research, driving an electric car emits 17-30% fewer carbon emissions than driving a gasoline or diesel vehicle. When low-carbon electricity is used, the emissions from power generation are further reduced.

In India, people consider energy savings as the primary reason for switching to an electric vehicle. However, there are several factors of EV vs Fuel Vehicle that should be considered while purchasing an electric vehicle, include the cost of fuel and maintenance, as well as the overall purchase price of the vehicle, according to the electric vehicle market in India. Electric cars, on the other hand, are more expensive, and they are becoming more common, with a variety of model options to choose from. In addition, your location, along with the brand and type of vehicle, is a major affecting factor in the cost of purchasing and operating the new vehicle. Another factor considered in determining the difference between electric and conventional vehicles is the speed with which a vehicle travels you between two places.

To compare EVs with fuel vehicles, which are classified as Standard Internal Combustion Engine Models or ICEs, is that gasoline is used in fuel vehicles while electric vehicles are powered by electricity. The concept of a mile per gallon, or MPG, is used to assess the fuel efficiency of ICE vehicles. The price of gas or fuel, on the other hand, fluctuates from time to time. Additionally, fuel vehicles must be refuelled every 250-300 miles. Electric vehicles can be powered by a variety of sources, including solar panels and wind turbines. Electricity is generated by the combustion of gas or coal, or by renewable sources such as hydropower, wind power, and solar power.

As electric vehicles gain popularity, there are more charging stations in public places, particularly in urban areas and at highway service stations.   The Development of Heavy Industries’ plan to build over 2,600 public charging stations in various cities and along the highways. Such policies and guidelines provide a positive boost for the country’s EV adoption. Long journeys, however, necessitate the use of one or more charges.

Another advantage of electric vehicles is that they require less maintenance than ICE vehicles, as they require the addition of fluid transmitting, coolant, and engine oil. However, both EV and ICE vehicles require motor insurance, structural repairs, brake and tyre replacements.

Compare EV vs Fuel Vehicles before you buy your next vehicle

What exactly are petrol cars?

Petrol or gasoline cars are powered by a spark-ignited internal combustion engine that, after compression, mixes fuel and air.

Petrol cars have the following advantages:

– They are less expensive;

– Petrol engines are easier to tune and tune up;

– They offer better speed and powerful acceleration and speed than EVs; and

– They consume gasoline, resulting in massive amounts of CO2 emissions and thus polluting the environment.

– Despite being inexpensive to purchase, petrol cars are expensive to operate due to high fuel prices and recurring maintenance costs.

What exactly are electric vehicles?

A vehicle propelled by electric motors that uses energy stored in rechargeable batteries is known as an electric car. Electric vehicles are becoming more popular for personal use as well as for businesses looking to reduce their carbon footprint.

An electrically charged battery pack powers electric vehicles. This works to power the motor and turn the wheels and can be charged through a wall socket, similar to those used for other electrical appliances, but is more commonly charged through a dedicated charging point. The vehicle’s charge point is simply plugged into a power source, and the battery receives power stored within the vehicle. Because no fossil fuels are used to directly power the vehicle, they are the most environmental friendly alternative as they produce no emissions.

The primary advantage of an electric vehicle is its environmental friendliness as compared to gasoline or diesel-powered vehicles. Electric vehicles run entirely on electricity, which means they don’t use any fossil fuels, effectively eliminating your fuel costs. Of course, there are fees for using public charging stations.

Electric vehicles are also much quieter, and their mileage is now significantly improved with the recent developments in the EV industry, particularly while driving at low speeds in cities and densely populated areas. Overall, the total cost of ownership for electric vehicles is significantly lower than that of traditionally fuelled vehicles as EVs require minimal maintenance there is simply no engine to maintain.

One disadvantage of electric vehicles is that charging takes much longer, sometimes hours, to achieve the battery level required for a long journey. If you run out of power on the move, you’ll need to wait for the battery to recharge before setting off again.

But this challenge is being taken care of with the rising switch to EV and developed EV technology. Thus how long a vehicle will take, depends more on the type of charger used.

The range of electric vehicles varies before they need to be recharged. For travelling longer distances, route planning is required to locate the most time-efficient charging stations.

– They are easier to operate.

– Instead of going to a gas station, you can install EV charging units in your garage to recharge your electric car.

– They help to reduce your carbon footprint because they do not emit harmful CO2.

– Because EVs have fewer mechanical parts, they don’t require as much maintenance and servicing as petrol cars.

– Because electricity is less expensive than gasoline, EVs have lower operating costs than gasoline-powered vehicles.

– They are also extremely fast and produce less noise.

– If you purchase an EV with a personal loan, you may be eligible for certain tax benefits.