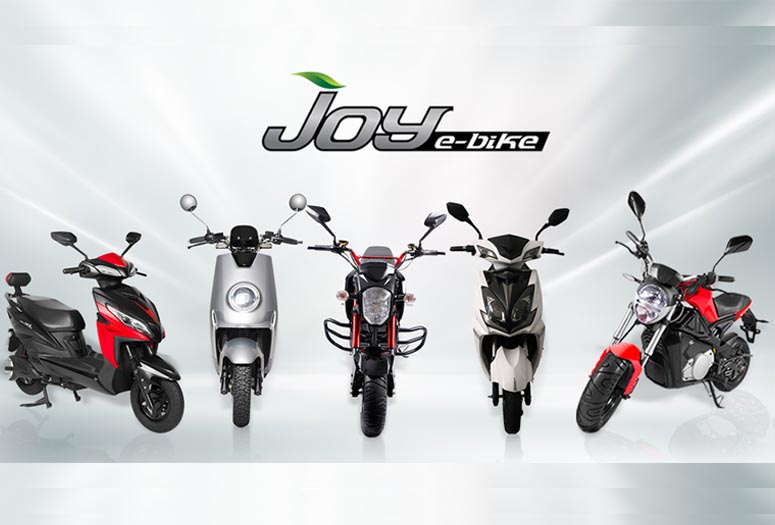 India, for a long time, has always been a land of innovation and solutions.  And to the problem of rising carbon emissions that have a direct impact on our health, Joy E-Bike poses as the perfect solution. In addition to being a solution, Joy E-Bike’s presence in the electric vehicle industry of India, over the past four years has enabled them to become one of the top electric two-wheeler manufacturers of India.

When Joy E-Bike started from the state of Gujarat, their idea was very simple, simplifying the commuting needs of every cyclist with their product. However, within a couple of years, the brand realized the bigger problem at hand which was the rising pollution and wanted to find a remedy for the same. This led to them making their very first battery-operated mopeds that were the best alternative to fuel-driven vehicles for all those people who wanted to travel closer distances. Soon enough, in the consecutive years, the brand introduced several other models in electric vehicles for those who wanted to travel further distances but with in the city. The new models introduced were, Gen Nxt Nanu E-Scooter, Wolf, Glob which are electric scooters and the designs of the same are appealing to all ages. In the year 2019, Joy E-Bike launched E-Bikes that had the mainstream designs of a fuel-driven bike but were 100% electric.

It was because of their passion to do more for the environment and while doing so, give the best riding experience to the Indian bike rider, the brand was dubbed as the, “Leading E-Bike Manufacturer Award – 2019, By Pride of Gujarat – News 18 Gujarati, Ahmedabad by, Chief Minister of Gujarat – Shri Vijay Rupani.” Receiving this award became a major motivation for the brand and by the year 2020, they have pledged to launch 4 new models which will be India’s very own electric superbikes.

These superbikes are set to be launched by the end of 2020. In this year itself, Joy E-Bike has been declared as the best brand of 2020 by ET. This has further motivated the brand to expand its horizons and acts as leaders in the manufacturing of E-Bikes in India. To achieve this, the brand has opened another OEM Plant in Vadodara where they are open to other electric vehicles’ manufacturers to use this OEM Plant and/or collaborate with Joy E-Bike.

Talking about building fast and Intelligent electric bikes in India, their new superbikes, the four models, unlike the previous bikes of Joy E-Bike, these bikes will be requiring a license as well as registration since their cc are high and an adult brain can handle its speed with their riding experience. The bikes originally were supposed to have a pick-up of zero to 100 mph in just 2 seconds, have been toned down keeping the Indian roads and riders in mind. The bike also uses IoT sensors that is a first in regards to an E-Bike in India. The bike also comes with AI-powered software that enhances the functioning of the IoT sensors. The bike’s IoT sensors are incorporated into an app that will help you in understanding the bike’s location in case of theft. The app will also notify you in case any part needs its maintenance done. The bike also comes with a smart helmet that can connect to your phone via Bluetooth and can help you play music, navigate with ease, and a bunch of other things.   Along with that, the bike has a full LED display, hill climb and descend features, cruise mode, collision sensors, tubeless tires, and various other features that make these superbikes by Joy E-Bikes as the next generation’s favorite green-mode of transport.

It is because of the innovative and revolutionary steps taken by Joy E-Bike, the brand, through their parent group, Ward Wizard Innovations and Mobility has become the first electric vehicle manufacturing company to be listed on BSE. Along with launching an electric superbike in India, in the near future, Joy E-Bike Plans to expand to the manufacturing of completely India made electric cars as well.